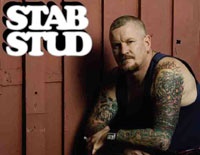 If it had been anyone else, this would be far less of an issue. But of all the people who’ve done the pro tour, Branno was the one (assuming there’s been only one) who turned out to be gay. Let me rephrase that. He didn’t turn out gay. As he says in the interview we record later that night, “I was born. I was gay.” He’d always known it, which made his time on the tour even more tormenting. He wasn’t faking the hard-core punk attitude – he’s still like that now – but the image did leave an enormous gulf between his real character and what the world thought he was. Not even his own mum guessed. As a teenager, he and his friends used to scare off the gays who surreptitiously congregated at night at the public toilets at Trigg Beach. His friends didn’t have a clue that Matt was, by joining in, hoping he would chase away his own terrifying secret. The lie snowballed in his head until he was, in his words, a “fucked-up unit” concealing a fact that could, he thought, have destroyed his friendships, his sponsors and his whole life.
“It was fucking incredibly hard. You always felt like you were lying. You always felt like you were putting on a charade. As a young person growing, to have that charade, it can fuck with you because you can’t progress as a person.”
If you want the short version of the story, it goes like this: Branno dropped off the tour in 1991, started playing drums in a punk band, worked as a dishwasher (then as a council worker, now a glasser for JS), moved in with a boyfriend, and over the next few years told some close friends and family. Some took it hard, and spent a long time getting used to the idea. Others brushed it off because it didn’t matter. Either way, as word spread, the immediate response from everyone was, “Bullshit! Branno? But he’s the last bloke…” Now, he and every one of his friends are cool with it. He’s been approached by other magazines over the years to tell the story, but declined them all, partly because he feels uncomfortable talking about himself. He’s only doing it now because he’s finally, as he approaches the age of 40 (Branno’s 38), content with who he is, and wants other young kids who are trapped in the potentially suicidal hole in which he spent the first 25 years of his life to know that it’s OK. He’s got a point there. Let’s face it, if a dude like Branno can come out, anyone can.
Todd’s extroversion extended to his sponsor’s clothes. “I used to wear the coloured Piping Hot gear, whereas Matt was black and white. I used to wear a pink and yellow wetsuit with a pink and yellow board – as gay as you can get, but very cool for the time. Matt would look at me, and he had the gay thing burning in the back of his mind, it must have killed him.”

In 1985, Branno became the first West Australian to take out a national title, the juniors, at Middleton, South Australia. It was followed by his first triumphant celebration, and he spent the flight home the next day spewing into a paper bag.

It was around then that Branno and his mates discovered punk rock, and all the teenage angst that goes with it, although in Branno’s case that was just the tip of the iceberg. Matt Manners was two years older and already had his driver’s licence. He candidly recalls their “ritual” of stopping at the Triggs public dunnies on their way out at night to harass unfortunate gay outcasts. “They wouldn’t want to hang around after we got there,” he says. “We’d scare them off.” 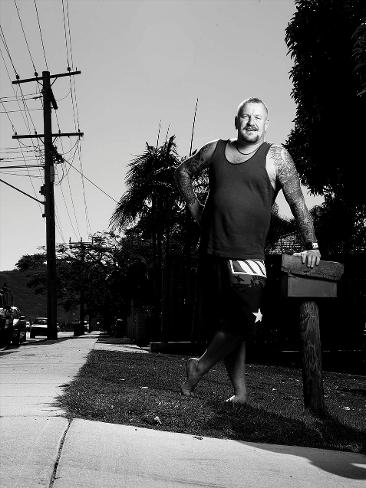 Branno himself says it was “just disgraceful”. “We were 16 or 17. It was a pack mentality, and me going along with it. All my mates are straight, to the core. (They are) a pretty extreme crew. And I was one of them, I grew up in the same environment. I was thinking, ‘If I do this then I’m not gay’. I knew what I was inside and I thought by doing it I wouldn’t be like this any more. It’s a real black spot in my growing up. But, remember, this was 20 years ago. The world was a totally different place.”

“I was hurt, but I understood the response because of the background my mates had come from. They’d never had any dealings with anyone who was gay. But that’s what you’ve got to do when you’re gay. You’re always scared you’re going to lose your mates.”