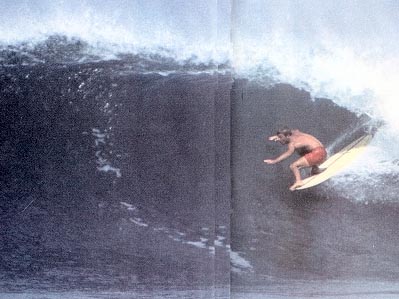 Ex-World Champ Claims His Body Is Changing Itself

The former world surfing champion Peter Drouyn has revealed he is to become a woman.
The 58-year-old Australian sports idol claims his male hormones have been draining from his body for the past eight years.
Gold Coast-born Peter said: “It hasn’t been intentional. It’s totally natural, with no medication or hormone therapies, no enhancements and no advice. It’s just happening.”
But he added that he always felt like a woman trapped in a man’s body
He said: “I have more a woman’s emotional and physical make-up, except for one difference – I was born with a male appendage. It’s that simple.
“My body is finally delivering the truth.”
He plans to have sexchange surgery as soon as he can afford it.
Peter added: “It will be my rebirth as a human. This is all happening for a purpose. I want to inspire male and females of all ages to seek truth.”