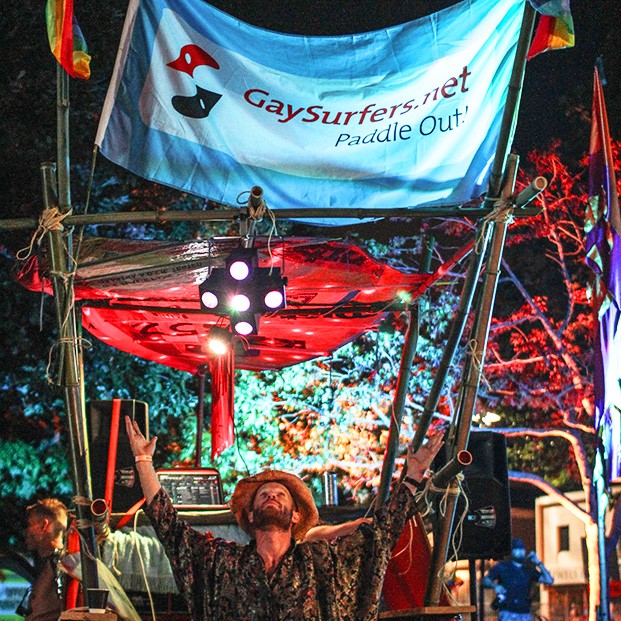 Raglan was represented at the Auckland Pride Parade for the second year runing, again taking an eclectic mix of characters under the banner of ‘Farmers, Surfers and Assorted Strays’.

The float included ‘No Way TPPA’, GaySurfers.net and Radical Faerie NZ banners, while DJ Chris Rayner played what many spectators rated as the best sounds in the parade. The organizers thank the Yot Club for their support and the use of their sound system.

The parade itself was a colourful celebration of 30 years since law reform and the de-criminalization of homosexuality with some 1500 parade participants and 30,000 spectators gathering under the theme of Stories, Myths and Legends (Kõrero Tara).

No Way TPPA signs reinforced the accelerating tide of refusal to accept the ‘Trans Pacific Partnership Agreement’ which will allow foreign corporations to sue the NZ government for any hinderance to their profits, and mirrored the enormous protest which blocked Aucklands city centre on Thrusday the 4th of February. In the days prior TV news covered John Key being ‘glitter bombed’ at the ‘Big Gay Out’, but failed to capture the ferocious audience of thousands disapproval who shouted him down from the stage before he managed to mumble a word.

The GaySurfers.net banner followed the NZ premiere of the international surf award winning documentary ‘Out in the Lineup‘, which screened during the University of Waikato’s ‘Surfing Social : Challenging Identities and Spaces’ conference which ran from the 10-12th of February at Solscape. The documentary is now available here.

The parade itself was delayed by a protest from ‘No Pride in Prisons’ against the presence of the Police Force in the parade, and the Department of Corrections due to the treatment of transgendered people in prisons.

Photographer and film-maker Romain Terrasson has completed this years film, to see a mix of these moments search YouTube for ‘Raglan Pride Parade’.

The video is here: 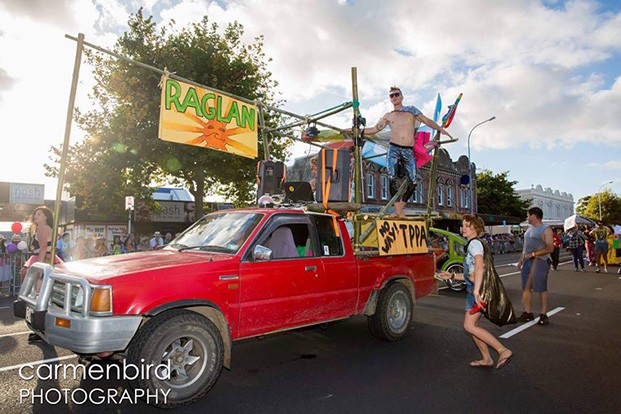 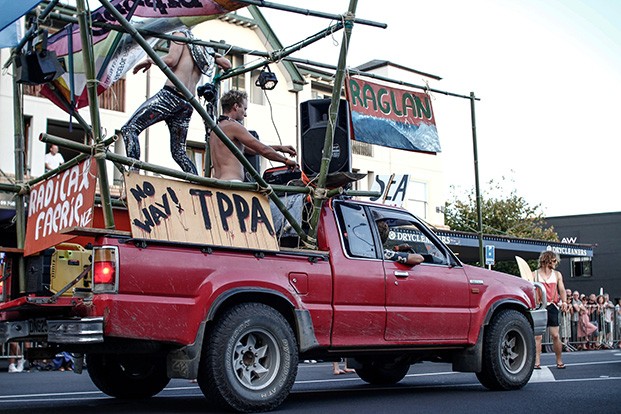 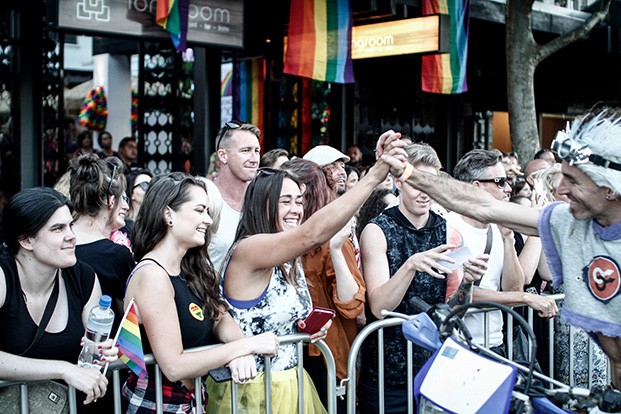 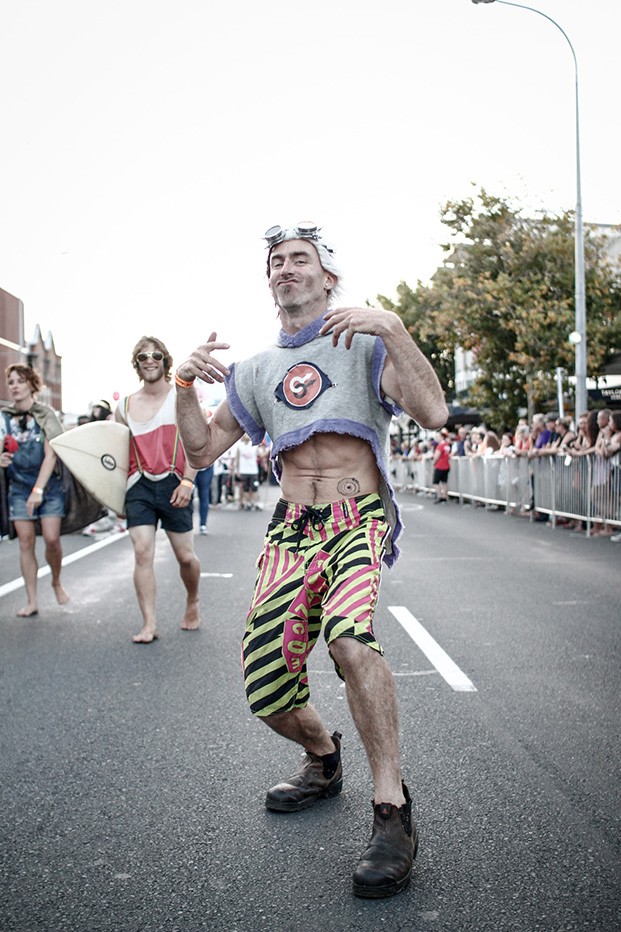 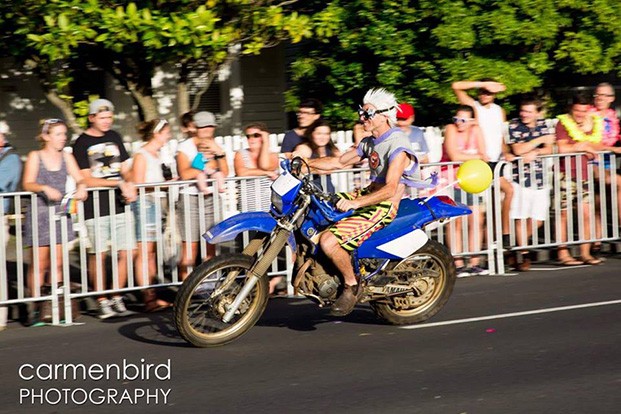 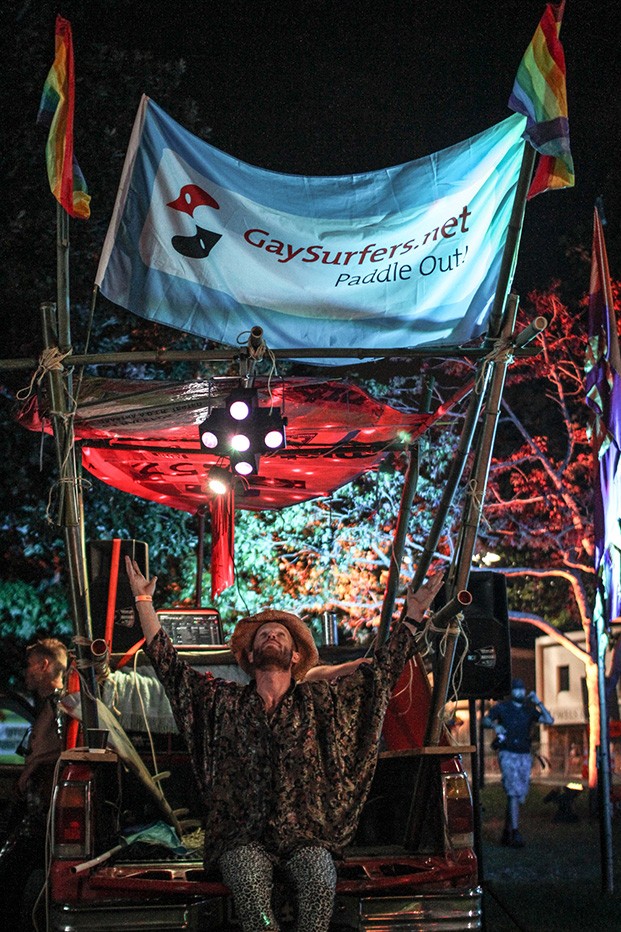