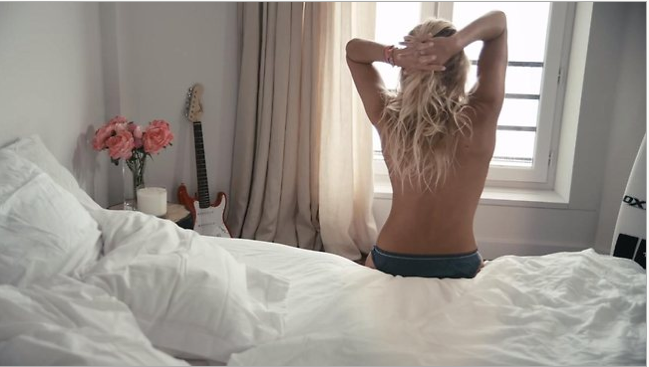 The video has received almost entirely negative press, and rightfully outraged a lot of women surfers who want to be judged by their ability to stand on a board, and not linger on a bed.

Cori Schumacher has launched a petition drive to let Roxy know it’s not allright and has already had over 1000 signatures.  She will be delivering it in person to Roxy.   It will be interesting to see if a former world champion surfer with a high level of class and dignity can get the same attention a young almost naked woman surfer can get.   You can add your name to the petition here.

And since this is a gay surfer site, and a lot of you readers are guys you may be wanting to know where’s the dude lounging on the bed, getting dressed and undressed all in the name of mass commercialism and selling some expensive merchandise.    Well thanks to some creative guys in France:

3 thoughts on “Did a Straight White Guy Produce This? (No points for the right answer)”