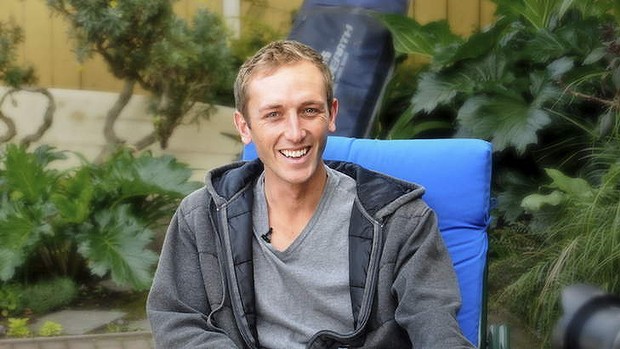 As a child growing up in Santa Barbara, California, in the 1990s, Riley Herman would ride out into the surf on the nose of his dad’s long board, with his father behind him. Once he finished his architecture studies at university, Sydney beckoned, with a surfing culture much like California’s: great coastal waves, but populated with the sport’s stereotypes of virility, of blond, tanned bodies, among which Herman easily fits.
Australia’s surf history, built on America’s, has long made much of embracing freedom, of being at one with nature and openness to the spiritual side of life. But surfing here also shares America’s complex cultural conformities and exclusions: most obviously, commercial hyper-sexualisation of bodies, particularly those of female surfers, and racial homogeneity.
Not written on the body – but often kept secret for fear of losing sponsorships at the elite level and friendships at both competitive and fun levels – are admitting feelings, vulnerabilities and, happy or not in your private life, that you’re attracted to the same sex.