Story by Robbins Thompsons. 2011 – Memories of a surf trip in Baja California, Mexico. 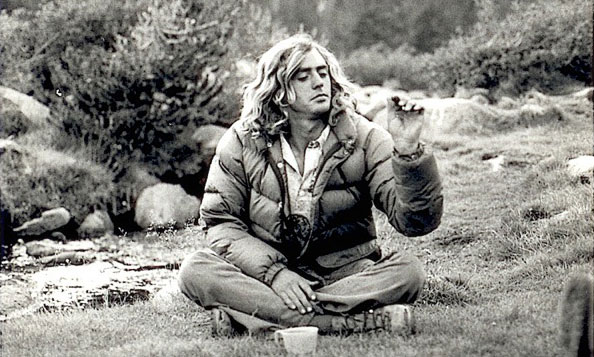 A friend and I decided to go on a little Mexico run before Christmas. The intent was to be back by Christmas Eve. Growing up in Corona Del Mar and Laguna Beach, Mexico’s where we all went to curb our budding desires for adventure. Matt was mid sized, skinny, with bushy sandy hair, brown eyes, a big smile and easy disposition. Everyone liked Matt. We didn’t know each other well but surfed the same reefs in Laguna Beach. There was a connection and finally I had gotten the nerve to talk to him. I was taller, skinnier, with curly blond hair, green eyes, and generally made people take long slow calming breaths.

Since my dad was in town I decided to ask him if it was ok for me to go. Usually my mother refused to make any decisions in regards to our punishment, behavior, or schooling when dad was around. You’d think she had just gotten a terminal fugue when dad was home. “No honey, I can’t answer your questions now. I’m dying!” “Jez mom, again?” “Yes son, this time I’m afraid it may be permanent.” “For how long?” Until your father is gone.” “ Well I just wanted to…” the hand would come up from the bag she was packing. “No son, I’m afraid it’s up to your father.” “Well as long as your sure mom. I really hate it when you’re dying. Where are you dying to this time?” “France I think. I’ll call you when I’m better.” “But you said it was permanent this time.” “Indeed I did son. And one never knows. Life is like that.” “Are you going to stock the refrigerator before you die?”
Times like this were rare in my house. If mom was feeling terminal then it was carte blanche on hitting up my dad. “Umm, Sir, Dad, umm, I was going to go to a movie with some friends…if that’s ok?” My dad was a huge man not only physically but also intellectually. He advised presidents and kings on affairs dealing with oil and was rarely home. Going in to ask him for stuff was like going before god. That massive head would come up from the ledger. “Steve my boy, what can I do for you?” “Well father, it’s Robbins actually.” “Robbins? Really? What an odd name.” “I’ve meant to ask you about that father.” “Do you know how to make a dry vodka Martini George, Steve, whatever your name is?” “Since I was eight sir.” “Excellent… Is there something else Harold?” “Well I was going to go to a movie with some friends. I was wondering if I could have some money?” He would tap his jaw with his finger as sparks flew. “Let me see. What are the appropriate questions to ask in these situations? How long will you be?” “Umm, four days.” “Long movie then?” “Yes father.” “Good.” “Is it age appropriate?” “Well there is no sex that I’m aware of, but I’m hopeful for some nudity sir.” “Entirely understandable.” “Will you be coming home afterward?” “There is every possibility father.” “Hmm, does your mother approve?” “Yes sir, anything to escape the hell of having kids.” Big sigh, “Indeed my boy. You are a boy aren’t you? All that long hair, the earrings. Are you sure you’re not my daughter?” “I believe so.” “Be decisive about these things, Donald.” “Yes father.” “Now how about that Martini?” “Certainly father. The money for the movie then?”
Don’t get me wrong, my father was awesome, maybe sometimes too awesome – and a little forgetful. But it was the rare occasion that mom let us at him without her supervising and we kids had learned to make the most of those opportunities.
So, flush with funds, I made my father a dry vodka Martini, packed my car and was ready for a great adventure. We were taking my VW Westphalia. Baja, California, is less than an hour and a half down the road from Corona Del Mar, so an easy run to a different world.
Packing in those days generally involved going by my various sponsors warehouses, grabbing clothes, boots, wetsuit, sandals, and whatever other cool stuff they had laying around.
Matt brought about fifty pounds (22 kilos) of cookies and cakes. He had a part time job at Nabisco. With clothes and food taken care of we bounced down the road as traffic wove around us. Past Salt Creek, T-street, and Trestles, then on the freeway to San Diego.

We cruised through Ensenada, stopping at the fish market to grab some fish tacos, then a tamale stand, then a fruit stand and in this manner made a surprisingly uneventful trip through town. The van puttered along and our pet lobster, Larry, seemed to have calmed down in the cold waters of the cooler. We were both excited. The events of the last evening were slowly fading. Matt and I talked about surfing, and the other complex issues of being a teenager- food, surfing, parents, siblings, food, school, girls, boys and food. This was now becoming the adventure we both had dreamed of. Driving out of civilization into the unknown territories of deepest Baja. Once we reached Santo Thomas we decided to fill up with fuel. We worked out the exchange rate with the bored kid manning the pump at the Pemex station. I figured maybe I should put oil in the car. I opened the rear hood of the engine and studied it.

It was probably the first time I had ever looked at the engine of a car as more than a collection of metal and rubber. The Mexican kid started to fill the gas tank and Matt came out of the restroom. We both stood and stared at the engine. “So Matt, you know anything about engines?” “Well not really.” I squatted down and took a closer look and found a top that said oil. “Ahh, say, can you get me those cans of oil in the cabinet? Matt got them and I opened the oil top. “Umm looks pretty low.” So I proceeded to fill it up. Once I was done we had put in about three liters. “I guess it needed some oil.” “Well it’s filled now so we shouldn’t have to worry about it until we get back.” I said, giving it a critical look. Then turned to the Mexican kid. He smiled, said something in Spanish and gave me thumbs up. What I assumed he said was “Great job! You’re all set for the treacherous road ahead of you.” Big smile, thumbs up.
What he more probably said was “You idiot gringo road virgins are going to die.” But at the time, rapped in the “Ode de Adventure” as we were, he could have been speaking Obama English and all we would have heard was “You guys are fucking awesome. I’m naming my first born after you.” So with both our gas and oil topped off we headed up the steep dirt road into the unknown.
Back then this was a rarely surfed spot. Even now you can go there and see no one for weeks. There are lots of spots to surf and no locals, so it really spreads the surfers out. As well, there are many more accessible spots than San Jose, though not many with the aura that this place has. It was a rough climb in the VW up the steep grade leaving the main road but once in the hills…it was beautiful. The road winds through deep valleys and pastures, past little ponds and through streams. It smells of fresh sown dirt and flowers. For Baja, one of the driest places on the planet, this is a rarity.

Later, surfed-out we walked back to the farm and found a cold clear little waterfall to rinse off under and got changed.
As the sun set, we hiked up the hill and watched effervescent sprays of yellow, red and blue as they marked the end of a long day. Below us the little farm sat, smoke curling from the chimney, and the only sound the occasional yap of a dog and a child’s laughter drifting up to us.
The father waved for us to join him. That night we shared dinner with this little Mexican family, Carlos, his eight kids, mom, and the grandfolks. No one really spoke any English but after a while it didn’t seem to matter. We made gifts of the stuff we had brought with us and smiled with the family as the little kids dug into the cookies. This humble little family shared their meal with us and we laughed along as they chattered and played with the simple presents they had received. It was the first time I think I understood the joy of giving, and rarely have I been as content as I was that Christmas. Later, Matt and I lay huddled together in the van buried under a pile of blankets against the cold; very full as we stared out the window at all the stars. “Wow, Christmas. Pretty cool huh?” said Matt. I smiled to myself, “Ya, pretty cool!”