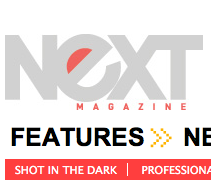 The pro surf circuit may still have unresolved issues with homophobia, but the surf culture in New York has long been one of acceptance. In hopes that New York’s open-minded ethos will help move the circuit ethic away from discrimination—and in celebration of the Quicksilver Pro New York tour in Long Beach this month—we got three gay surfers to tell us about being out in the water.

“Being a gay surfer is pretty much like being a woman physicist or a black philatelist—it’s the random coincidence of a congenital trait and a passion. Surfing is very much about individuality. Like in many sports, you’re judged on your abilities, accomplishments and respect for the rules. This is even truer surfing in New York. New Yorkers expect diversity and so paddling out at Rockaway or in Montauk is a lot like riding the subway. You’re going to be in the water with bankers, Australians, artists, lesbians, Latinos, gangstas, PhDs and transgender people.”

“It’s not easy to come out to all your mates, but if you want to be happy, I believe it’s necessary. For many years, I hid my own identity as a gay surfer. I thought I’d be excluded if my surf mates knew the truth—until I actually told them and realized they didn’t give a damn!”

“As a child (growing up in Puerto Rico) my father would take me to the beach to body surf and body board. So I’ve been riding waves most of my life. To the ancient Hawaiians, who invented the art of riding waves, surfing was a religious experience, which enhanced their connection to the natural world. I enjoy surfing in a similar way and appreciate that in an urban environment it allows me to be in touch with nature, feeling the energy of the waves. While surfing is a rush and it makes you feel alive, it also evokes a mental state very similar to meditation. It’s the perfect antidote to the stresses of city living.

The sea is the great democratizer. When you’re in the water you don’t know or care who’s surfing right next to you. So the real surf culture—which is what actually happens in the water and the beach, not in the competitive surfing circuit or on the surf ads of the surf clothing corporations—is an open and tolerant culture.”

1 thought on “SHOUTOUT: The Tide Is Coming Out”