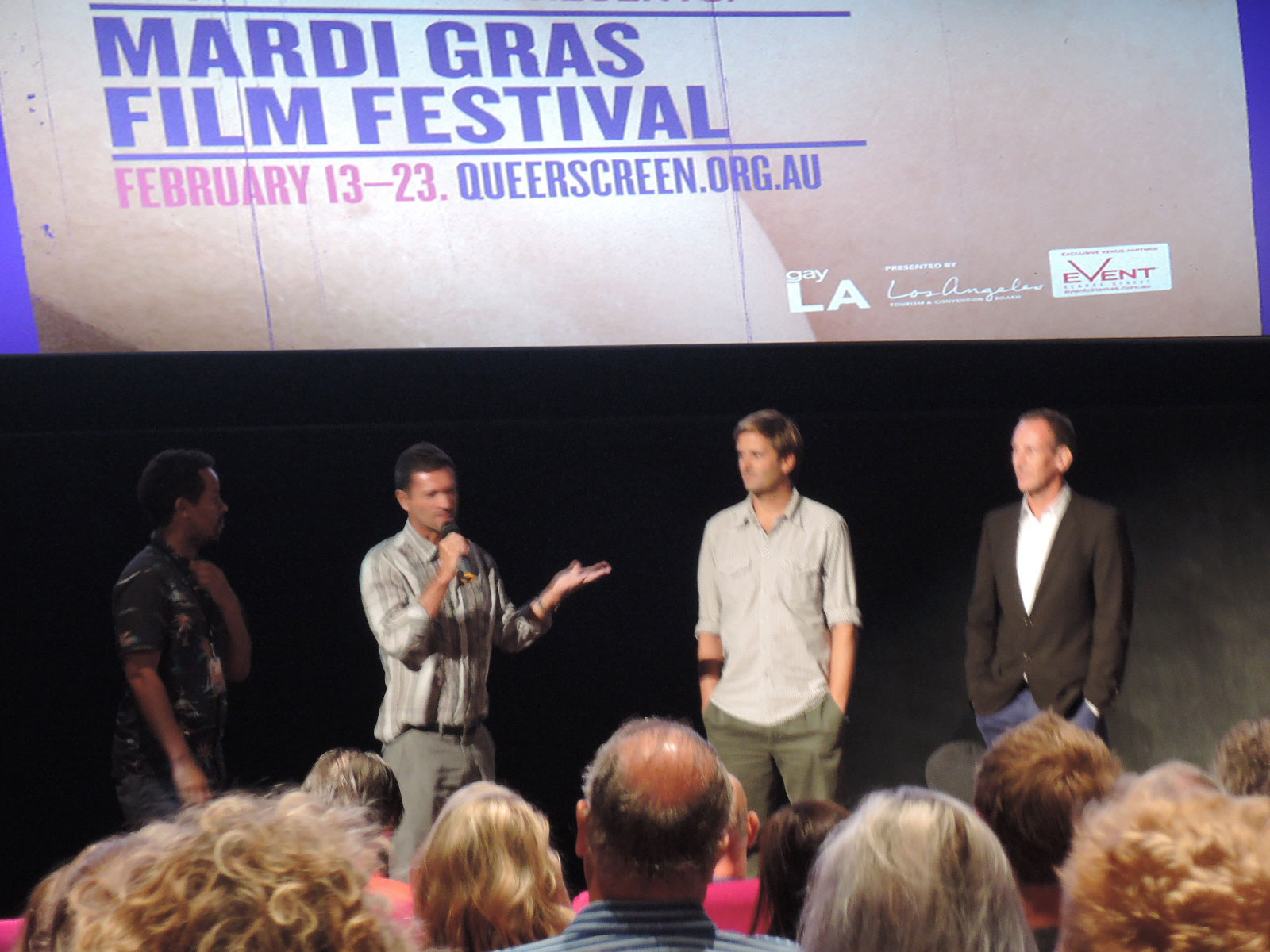 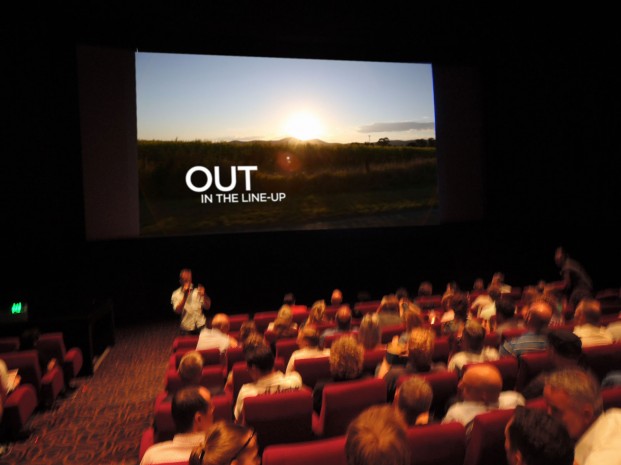 “It started with a Google search. I typed in the words ‘gay’ and ‘surfer’”

They’re not the first words spoken in Out In The Lineup but they make a fitting starting point for a review. Because although Out In The Lineup is a documentary it’s also a journey and those words are the embarkation point.

They’re spoken by David Wakefield, one-time state champion (beat Richard Cram!) and the main protagonist in the film. Out In The Lineup is a documentary made by Thomas Castets and Ian W Thomson. Thomas is the founder of gaysurfers.net, Ian is a filmmaker, they’re both surfers.

Thomas and Ian ask many questions in Out In The Lineup, yet their central mission was simply to find other gay surfers and have them tell their stories. They do this by loosely tacking the film’s narrative journey to David’s own journey, the one that began when he typed those two words into Google.

A straight-up surf bloke from Byron – he wears flanno and boardshorts in interviews – David is the antithesis of the Oxford Street flamboyance that marks the gay stereotype. He speaks straight to camera and recounts the ways he hid his identity in the past, often by denying it expression and devoting himself to surfing.

In that regard his story is similar to many who are interviewed in the film. There was simply no room in the surfing culture for them to be the person they are. I speak in past tense though little has changed in the present. As David sets off on his journey to connect with others around the world, Thomas seeks to find out why the current surfing culture won’t accept gay surfers.

Right about now many straight surfers will be saying that they do accept gay surfers. And individually that may be true, yet Thomas interviews surfers who show by way of media representation, sponsorship restrictions, and peer rejection that homophobia, however passive it may be packaged, is still present. The argument mounts.

Rebuffed by Surfing Australia, Thomas arranges an interview with the ASP. His goal? To ask if surfing’s peak body accepts homosexuals. Dave Prodan, head of ASP media, fronts the camera and the interview begins…and then the image on screen goes blurry and the sound drops out. Viewers are informed that the ASP withdrew permission to run the interview at late notice. The refusal is more telling than anything that may have been said.

Thomas gathers stories from others – Keala Kennelly, Cori Schumacher, Matt Branson’s tale – while David goes public with his sexuality. His ‘outing’ at the Sydney Mardi Gras is one of the highlights, a genuine laugh, and a very special moment caught on film. In surfing the word freedom is often bandied about, but here, right before the viewers, is a person experiencing a transformative response to real freedom – finally able to express the real person inside.

If anyone questions why this film should be made then I’ll point them to that moment.

And if that ain’t enough then maybe I’ll point out the surfing footage. Fortunately for the filmmakers David fair rips, as do many of the other interviewees: Keala Kennelly of course, Franco Vargas from Ecuador, and a couple of others. But I feel kinda churlish speaking about the surfing; the stories told are more powerful than requisite athletic talent, and the people who tell them braver than the boldest big wave rider.

Out In The Lineup will be following the movie festival circuit and I’d advise every surfer to go along and watch it. 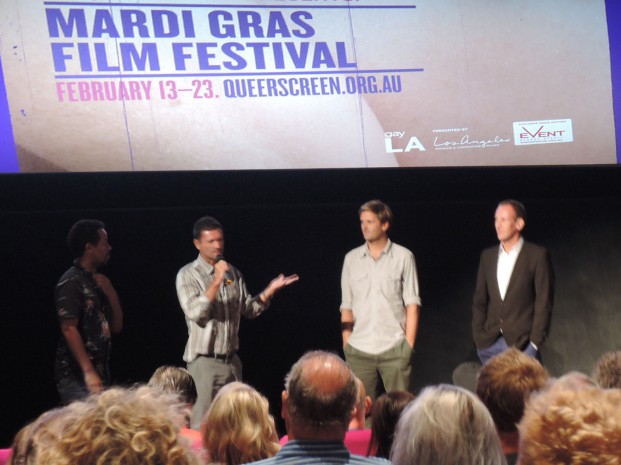