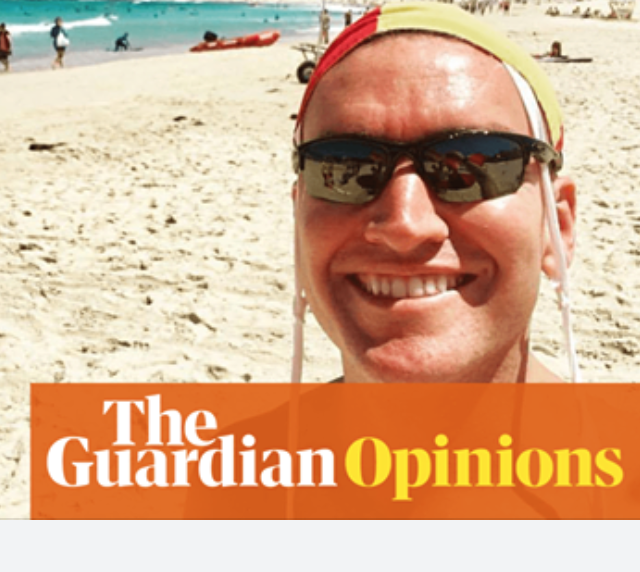 Written by Gary Nunn – Originally published by the GUARDIAN. 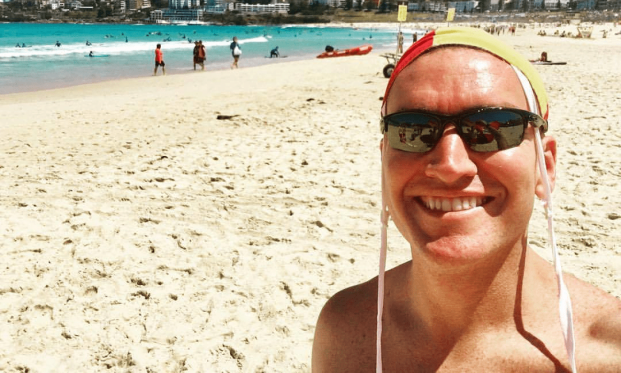 “Surfers go to south Bondi, backpackers, families and people from western Sydney go in the middle, then gays go to north Bondi.”

The advice Dan Murphy was given upon arriving in Sydney from Queensland’s Sunshine Coast in 2003 is an unspoken rule. For Australia’s famous but relatively small beach, each social group is remarkably compartmentalised. It was to become prophetic: Murphy is now one of 1,094 Lifesavers with Pride (LGBTQI lifesavers and their allies) – in the North Bondi patrol.

But Australia’s beaches haven’t always been a safe space for the LGBTQI community. Before homosexuality was decriminalised (1984 in New South Wales all the way through to 1997 in Tasmania), some beach areas became “beats” – venues where gay men could discreetly hook up because society offered few spaces for them to meet and be intimate. But there’s a dark history – these places became the scenes of violent homophobic hate attacks.

In September 2018, the Liberal MP Shayne Mallard announced a parliamentary inquiry into homophobic hate crimes committed between 1970 and 2010. This includes 30 outstanding cases of at least 88 murders.

Many murders resulted in gay men being found dead at the bottom or on top of beach clifftops. One high-profile case is Scott Johnson, 27, found at the base of a cliff at Blue Fish Point, near Manly’s North Head, in 1988. Police are now offering a $1m reward for information leading to conviction – after initially, inaccurately, denying the area was a beat.

In October 2018, Waverley council announced a memorial monument will be built at the cliffside Marks Park, south of Bondi, following the homophobic attacks and murders of men at this beat.

But Australian beach culture, Murphy says, remains more conservative than beaches like Sitges in Spain, “where there are cocktails, DJs and parties right on the sand”. To “camp things up”, Murphy produced two flash mob videos on Bondi beach – one featuring drag queen Joyce Mange in 2009, and another in December 2015 where professional drag queens Minnie Cooper and Penny Tration re-enact the song 100 Degrees by Dannii and Kylie Minogue (retweeted by both sisters).

Gaysurfers.net was set up by Sydney resident Thomas Castets, in 2010. It was a call out: he wanted to see if other LGBTQI surfers were out there. Within a week, 50 people joined. Now, the website has 8,000 members globally. Castets made the film Out In The Line Up about attitudes towards LGBTQI surfers. He interviewed Dr Clifton Evers, who said: “When you get these groups of guys bonding … you’ll get homophobia because you somehow have to draw a line – as this cannot be seen as homoerotic. So you either objectify women – that leads to sexism – or you work on the premise that we must prove our heterosexuality. We must prove we’re not gay and we must reiterate that.” The professional surfer Barton Lynch explained it was common to call someone “faggot” or “poofter” when they didn’t catch a wave – homophobic language he has avoided since his brother came out.

Brisbane’s Fernando Claro was “surprised at how accepting and welcoming” Australia’s swim and beach culture is. He swam competitively in Peru but remembers “jokes about gays swimming with us” and being punched in his swim group. “They’d say, ‘careful getting naked in front of him’.” In the 12 years he’s been in Australia, Claro has become the president of the LGBTQI swim group Aqualicious and has patrolled Gold Coast beaches as a lifesaver for three years. “I wanted to meet gay people in a healthy environment and get fit along the way,” he says. “Me and my partner have no problems holding hands or hugging when we walk along Queensland’s beaches. I feel safe.”

Lesbian and bisexual women make up a third of members of Lifesavers with Pride. Many, its president Gay Driscoll says, join for the family environment and their children join Nippers.

Kate Fitzpatrick, from Queensland’s Sunshine Coast, says: “My feelings towards feeling safe at the beach as a lesbian are much like being anywhere else. When wanting to give affection to my fiancé there’s always the vital scout around to ‘assess’ the area. I’ve suffered homophobia, usually men with snide remarks or thinking it’s a compliment to say ‘that’s hot’. It’s harassment and makes me feel unsafe.”

Coogee’s female-only McIver Ladies Baths have been called a “lesbian lair” – although it’s hard to find evidence of them being anything more than a safe space exclusively for women.

According to Gavin Patterson and John Walker, Australia has long had a gay beach subculture. The couple, who run the blog GayMenOnHoliday.com, cite nudist beaches such as Little Congwong at La Perouse (an unofficial nudist beach which police have previously raided), Lady Jane and Obelisk beaches in Sydney, Port Douglas’s Turtle Cove resort and the “world famous” Kings Beach at Byron Bay.

The couple say the associated non-conformity and liberation of nudist beaches often make them popular with gay people: “As gay people, our freedoms were somewhat restricted. These beaches are an opportunity to relax and enjoy camaraderie with your like-minded subcultural group in a very natural way.” Before social media and apps, they say the beaches were a way of meeting other gay people. “These people don’t want to hang with parents and screaming kids,” they say, adding that Queensland has no official nude beaches, unlike NSW.

Aussie beach culture may have progressed, but the puritanism Murphy perceived persists in 2019. “We’re more conservative than France, or Berlin, where you can shed all your clothes in the Tiergarten Park,” Patterson says. “Nobody bats an eyelid.”