World premiere of “OUT in the line-up” TEASER at the 2013 Rio Film Festival !

We are very excited that the 3 minute TEASER video http://outinthelineup.com/ for the documentary ”OUT in the line-up” has been selected to be screened at the opening night of the 2013 Rio Film Festival on 4th July!
The first opening event is private and only for the press and the directors of the films in the cinema of Cultural Center of Federal Justice (July 4 at 7pm)
At 10PM the doors will be opened to the public at no Armazém Cultural São Joaquim for the second opening event & all the members of GS in Brazil are invited. Here is the flyer invitation : 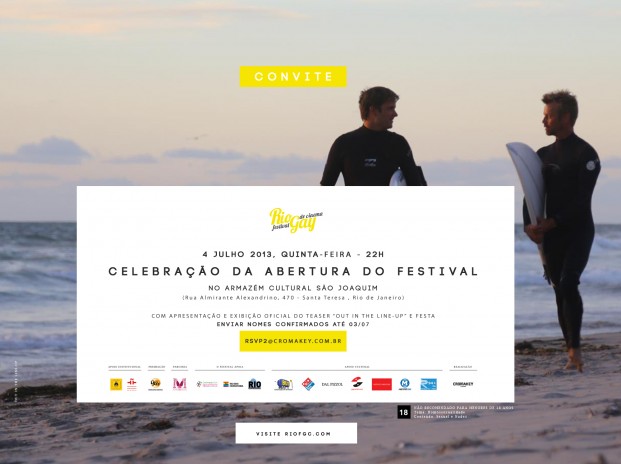 Taboo Tubes: Homosexuality in Surfing
Gay Surf Trip in Brazil 2019
Is there homophobia in surfing ? by Clifton Evers
Interview with John Witzig
Book your ticket for the world premiere of "OUT in the line-up" in Sydney