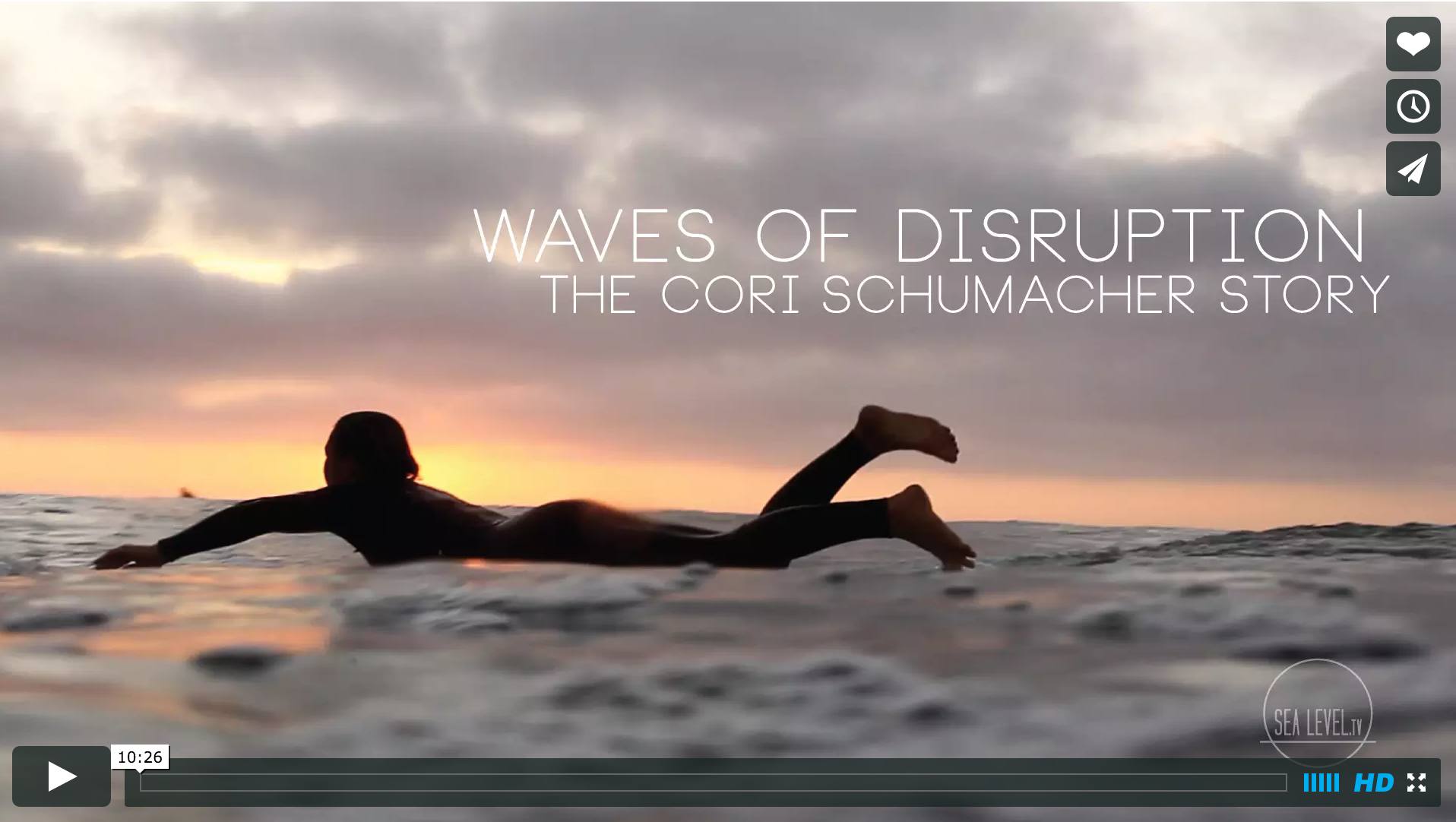 Waves of Disruption: The Cori Schumacher Story from SeaLevelTV on Vimeo.

“Waves of Disruption: The Cori Schumacher Story” is SeaLevelTV’s second short film in their “Saltwater Daughters” series. In this short documentary film, Cori opens up about her upbringing and the often traumatic events that influences her life’s work. She holds many hard-won distinctions including three-time Women’s World Longboard champion, activist, writer and speaker. Ms. Schumacher’s cause célèbres have been covered extensively The New York Times, The Huffington Post, The Daily Mail, The Inertia and, most recently, “The Conversation” on the BBC.
Ms. Schumacher is perhaps best known for her widely publicized, successful international campaign and protest she led against Roxy that made visible the growing concern and pushback against the hyper-sexualization of elite female professional surfers.
“Waves of Disruption” digs into Cori’s difficult past where we find out what drives her actions and activism. Gender disparity awareness, homophobia, the impact of consumer culture on society, sexism, slave labor, and human rights are all given equal billing, challenging the audience to reconsider “traditional” societal and cultural norms that drive our own daily actions.
“Surfers, we kind of ride this middle space…let’s just tweak it a little bit…actually creating a novel form of resistance, a new way of being in the world that reimagines what it means to be a radical human being…somebody who actually cares for the environment that they’re with and the people that they’re with.” 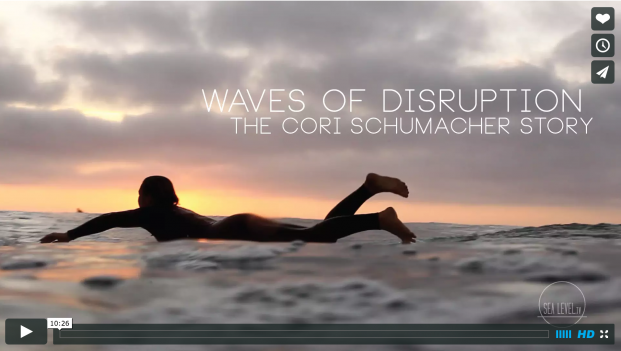 2 thoughts on “Waves of Disruption: The Cori Schumacher Story”