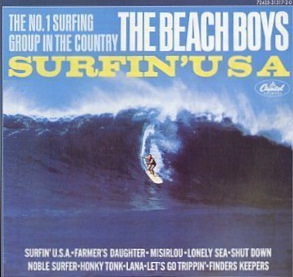 Since moving to California I’ve spent a lot of time listening to the Beach Boys as I drive around checking out the surf. The song Sunfin USA, written by Brian Wilson and released in 1963, makes numerous references to Californian breaks that would have been surfed by Wilson’s friends and band mates who would have told him the names of spots as he himself did not surf. I get a huge buzz, seeing for the first time, the freeway turn off signs to beaches mentioned in the song I’ve been singing since I was 10 years old.

But, by 1963 none of the beach boys had been to Australia so it got me thinking, where did the reference to Australia’s Narrabeen come from? 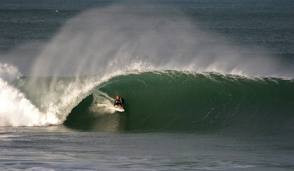 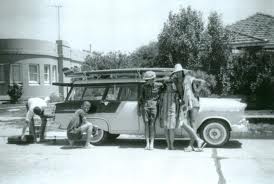 You’d catch ’em surfin’ at Del Mar (been there)
Ventura County line (yep)
Santa Cruz and Trestles (cold and crowded)
Australia’s Narrabeen (that’s odd, thats not in the USA)
All over Manhattan (what!?)
And down Doheny Way (nice place)

We’ll all be planning that route
We’re gonna take real soon
We’re waxing down our surfboards
We can’t wait for June
We’ll all be gone for the summer
We’re on surfari to stay
Tell the teacher we’re surfin’
Surfin’ U. S. A.

Haggerties and Swami’s (my local)
Pacific Palisades (good set up but $$$$)
San Onofre and Sunset (nice place for the family)
Redondo Beach L. A. (ummm, so so waves)
All over La Jolla (heaps of good reef breaks)
And Wa’imea Bay. (well, thats not in California but it is in the USA)
Everybody’s gone surfin’
Surfin’ U.S. A.

I can imagine a teenage Brian Wilson driving around in 1962 as the song started to form in his head and simply running out of surf spots for the lyrics. So he pulled his car over to a news stand and picked up a copy of Surfer, Surfing Illustrated or Surfing magazine and seeing a feature article on Australia with Narrabeen being mentioned.

So that means we could find the actual article that inspired the lyric if we were to comb the less than 24 issues of Surfer and Surfing from 1962 because Surfing didn’t go monthly till 1979. 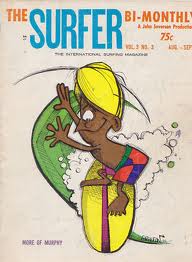 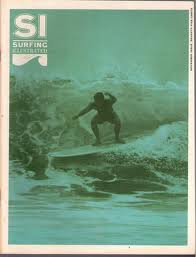 The next question is what the hell does he mean “All over Manhattan”? Waves in NYC? What am I missing here?