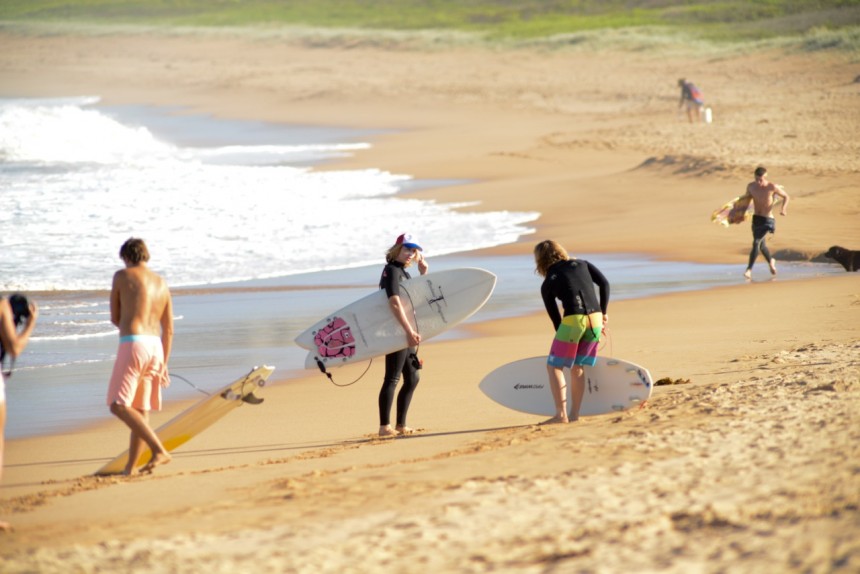 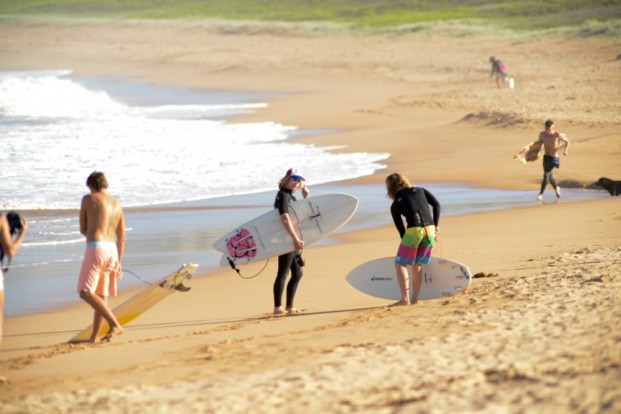 So last Friday night I went and saw Out in theLineup, which was showing as part of theByron Bay Film Festival. Out in the Lineup is that film about gay and lesbian surfers that you have been hearing about for a while now, and which I have been really looking forward to seeing.
From the film’s website:

‘Out in the Lineup’ uncovers a culture that has strayed from its foundation of freedom of spirit, open-mindedness and connection to nature. David [Wakefield] and Thomas [Castets] learn about the dominance of male rituals in surf culture and the way this has marginalised minorities. They also hear about the pivotal role sponsors and media play in maintaining out-dated stereotypes. On ground level they hear stories of fear, isolation and self-doubt, but they are also inspired by tales of hope, self-empowerment and transformation.

Beyond simply exposing this taboo issue, this film seeks to affect change. It aims to confront the surf industry and the wider surfing community, creating awareness, provoking discussion and challenging stereotypes. Through this, ‘Out in the Lineup’, seeks to pave the way for a younger generation of surfers, creating a culture in which they can connect with each other and be themselves.

I have keenly followed the whole process of fundraising and promotion for this film, and have been particularly stoked with the way that sections of the surf media seemed to be getting behind it, and the issues that sit at its core. While surfing culture likes to portray itself as welcoming and accepting and a sport for everyone, in reality this often does not extend as far as we all like to think. Case in point is the hesitation so many gay and lesbian people feel in coming out to their surfing friends and community, and in being able to talk about what it’s like to be homosexual in a heterosexist culture.
This was certainly the experience of ex-state champion surfer, David Wakefield, the film’s protagonist. According to the film’s website, “David’s greatest fear was that he would be found out and rejected by his family, friends and the surfing community that had become his life.”

Sadly, David’s fears were not unfounded. Even today, many gay surfers are in a similar predicament. Some have witnessed ‘poofter bashing’ in the surfing community, some have been bullied in the line-up and others have been rejected by family and friends. In the most tragic cases, some have even taken their own lives as a result of non-acceptance. In professional surfing, several gay athletes have been told that their sexuality is incompatible with the expectations of their sponsors. As a result, many have lived in secrecy and some have walked away from competition.