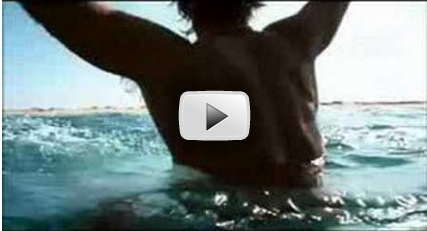 Synopis: Spectacular surfing scenes and gorgeous Australian surfer dudes are featured in this excellent drama about three brothers, one of whom is gay. The Junior Surf Pro is looming. Jesse and a couple of school mates plan a weekend away to catch some waves. They also persuade two girls along, hopeful that sex may eventuate. But they’re also lumbered with Jesse’s awkward younger brother Fergus, who is probably gay. Yet surprisingly, one of Jesse’s mates seems to like Fergus, maybe even like him that way! But their weekend of sun, surf and sex takes a sudden, dark turn, when Victor, the older aggressive brother turns up. This new Australian film boasts a very appealing young cast and addresses its themes of teenage sexuality and masculinity with a fresh, honest attitude.