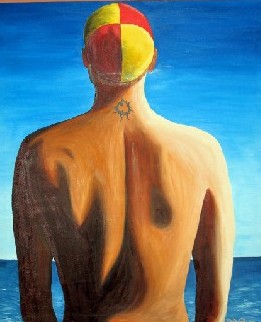 I was at the “Out in the Lineup” California premiere in Costa Mesa. Enjoyed the movie and getting to meet Keala Kennelly. I believe the film itself is emblematic of the very issue you were dealing with, and that’s uncovering enough gay surfers to make the effort representative of all the sport’s gay participants. When I was still working at Surfer in the ’80s, there was a very active gay surf club in San Diego that could have just as well been WindanSea, Malibu Surfing Association or the Long Beach Surf Club from the the heydays of the ’60s. There was a large membership showing a cross-section of the real-world surf community, from unskilled surfers to experts who could ride anything, and also effeminate wannabes to as masculine and attractive ones as you’d see at the Surfer Awards Banquet (where I once took a male date). The membership, and particularly the leadership, were devastated by the AIDS epidemic back then as was the entire gay-male population, and the club perished.

Until surfing has its first Matthew Mitchum, Michael Sam, Michael Collins, Robbie Rogers or Gareth Thomas, we’ll continue to struggle with finding the depth of public representation that all movements face in the gay world. We’re everywhere, but unfortunately the general public is more likely to associate us with Jack McFarland than with Ennis Del Mar.

Thanks for all your good work,