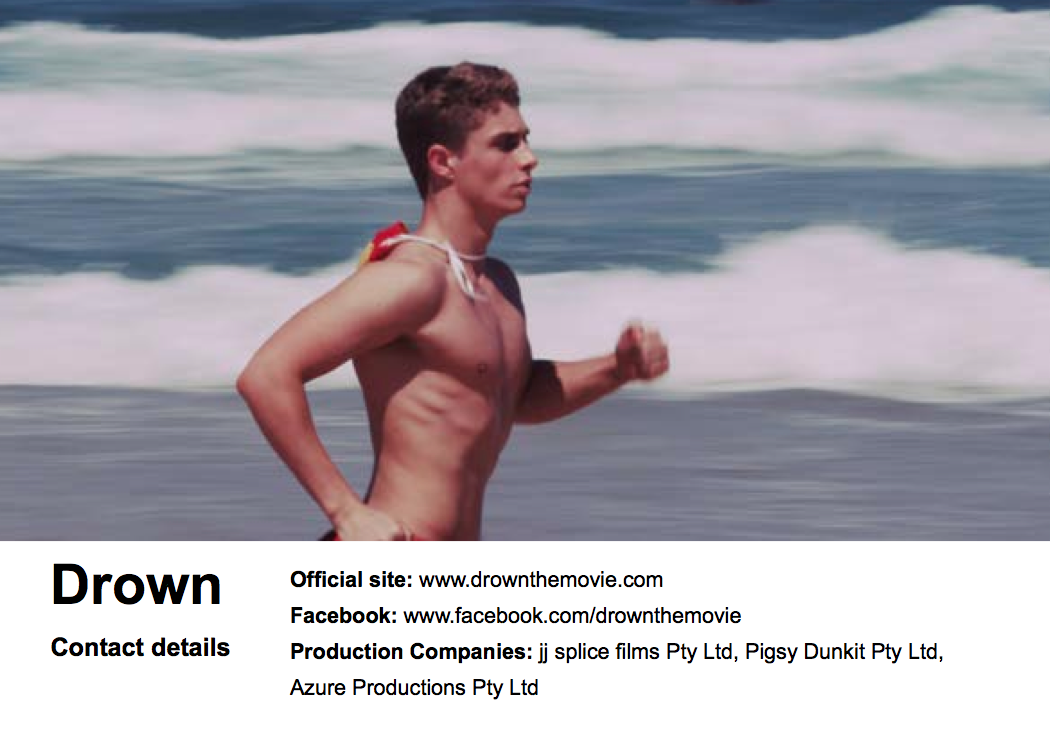 Another feature film about a gay surfer is currently in Production:

Three surf lifesavers on a big night out. Jealousy, homophobic fears and unrequited lust culminate in a tragic booze-fueled episode of near-fatal bullying. Based on the acclaimed play by Stephen Davis and following the themes of Dean Francis’ controversial short Boys Grammar, DROWN is a hard-hitting micro-budget drama set against the iconic backdrop of Bondi Beach.