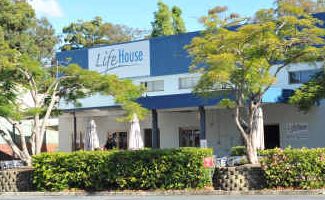 ONE of Coffs Harbour’s prominent churches has been linked to a campaign to bombard the council with protest letters aiming to have the upcoming CoastOut festival banned.

An email chain which originated at the LifeHouse Church calls on members of the congregation to ‘flood council with letters stating opposition to this festival’, and to ‘be praying for this event to not go ahead’.

The correspondence describes the proposed gay and lesbian sporting event to be held in October as ‘abhorrent’ and that ‘this is yet another instance of a minority group seeking to exert influence over the larger community and a further erosion of Christian values’.

Prior to the email being sent, council had already received a significant number of complaints about the event.

When contacted on Friday, the head of the LifeHouse Church, Senior Pastor Steve Spence, admitted he and the Coffs Coast Christian Ministers Association had previously sent letters of protest to council.

But he said he was unaware that emails from the church’s computer had been bulk mailed to members of his congregation urging them to follow suit.

Pastor Spence said it would take him a week to investigate the issue.

However, the man who wrote the email, Steve Slater, was happy to discuss it.

“I admit I sent the emails you are now in possession of,” Mr Slater said. “But I sent them as merely a member of the congregation and not on behalf of the LifeHouse Church,” he added.

Mr Slater said he used the church’s computer because he wanted to reach all members of the congregation.

The email calls on council to withdraw all support for the event and that ‘we are of the firm belief that an event such as this would irreparably damage’ Coffs Harbour’s standing as family holiday destination.

It goes on to say: “By allowing this event, the council, councillors and promoters are condoning, to our community and our children, homosexuality, same sex sexual relationships and the promiscuity that is, unfortunately, such a part of a homosexual lifestyle.”

“I am aware that this is very confronting to the community and will cause some distress but each and every one of us gets to some point in their life when they are so upset that they want and need to make a statement,” Mr Slater said.

“A group of about six of us within the church decided to make a stand.”

Mr Slater said he knew gay people and his request to fellow church members not to seem ‘too anti-gay’ or ‘too Christian’ was a deliberate tactic.

“I don’t want this to be seen as Christians attacking gays,” he said.

“I probably speak for all Christians and Christians love all people but the penetration of the lifestyle perpetrated by homosexuals is not one I am happy with. I don’t see why we need any celebration that is in any way sexual in nature.”

A council spokesperson said organisers had met the required criteria and therefore it could not discriminate against them.

The event is scheduled to go ahead during the last weekend in October with its base at Park Beach Reserve.