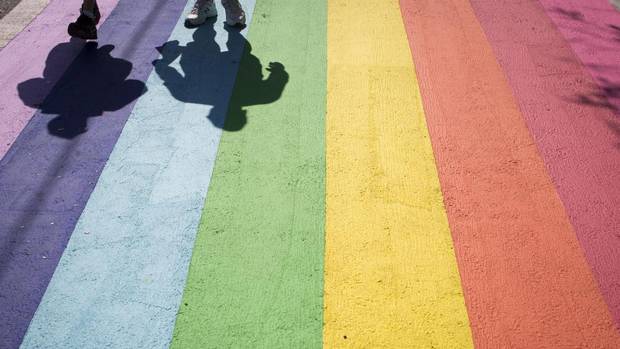 Canadian Olympic officials say it was an effort to spread a message of tolerance, acceptance and diversity in light of Russia’s anti-gay laws and the upcoming 2014 Olympic Games in Sochi.

Canadian Olympic Committee president Marcel Aubut says the coming together of COC and Pride is a reminder that sport is open to everyone, regardless of race, religion, creed or sexual orientation.

Anti-gay laws in Russia have provoked strong protest from Canada’s gay community, and anti-Russian sentiment was visible throughout Sunday’s Parade.

At least one marcher wore a T-shirt and hoisted a sign featuring a photoshopped image of Russian President Vladimir Putin wearing blue eye shadow and blush.

This is the first time the COC has participated in Pride festivals across the country — Olympians have already marched in Toronto and will also be present in the upcoming Pride celebrations in Ottawa, Calgary and Montreal.