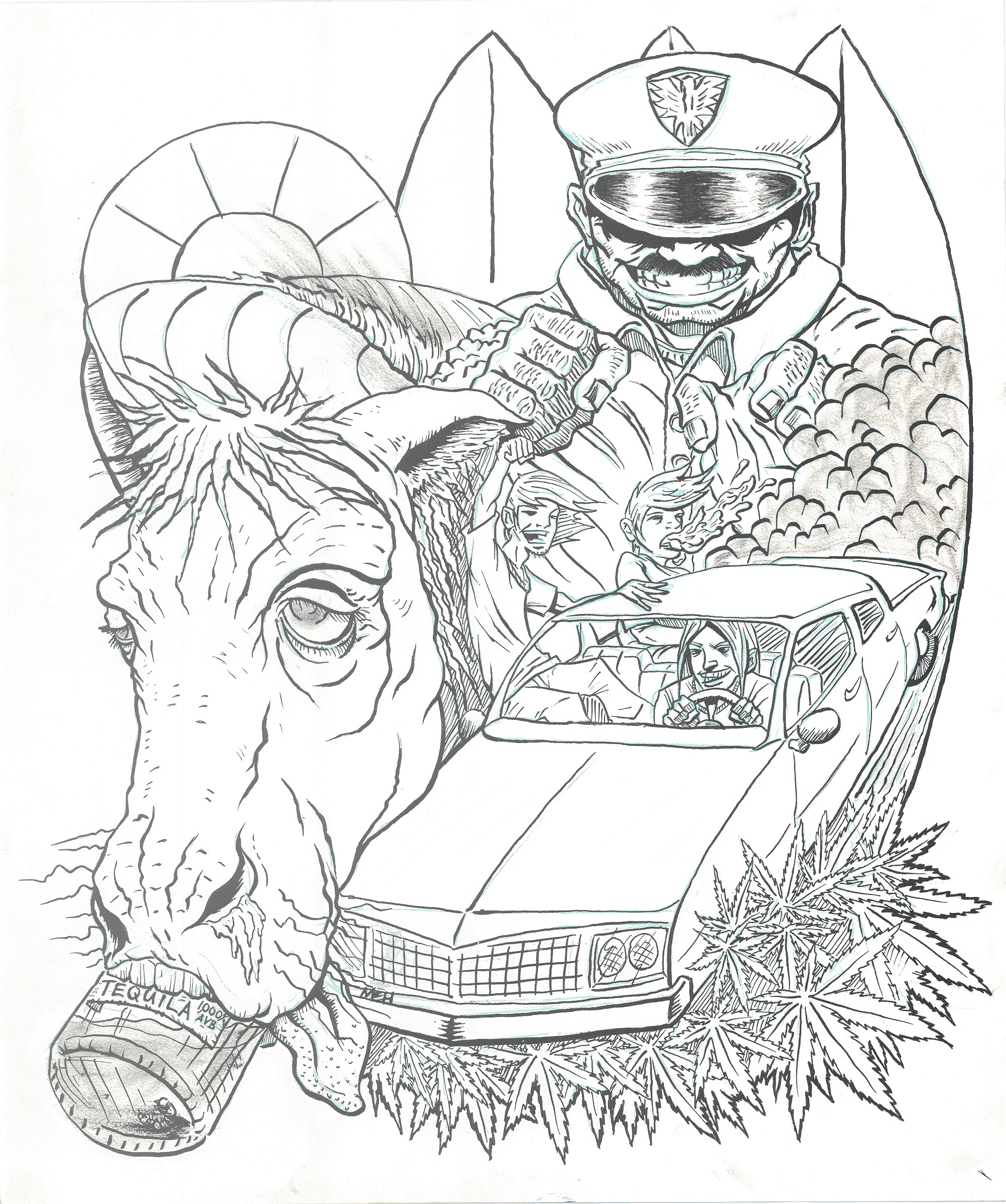 “Yes she needs beer or she’ll die.” “She’ll die?” ‘Yes it’s a umm blood disorder if her blood doesn’t have beer in it she could get pregnant and die.” “She could get pregnant and die?” “Yes she hates kids so if she has another one she said she’ll kill herself.” “So she hates you?” “Absolutely!” “Do you have ID?” “What’s ID is that Spanish for something?” “License, something to say how old you are.” “Oh ID no I lost it when we hit the horse last night.” “You hit a horse? That is very bad. We hang people here if they kill our horses.” “It wasn’t our fault it had been drinking.” “The horse had been drinking?” Yes it had bottle of Tequila in its mouth when we hit it. So it wasn’t our fault.” “I see. Well I can’t sell you alcohol you must have ID.”
“Look my friends are mad at me. Someone took a crap on their surfboards and if I don’t come back with beer they’ll probably kill me or worse make me clean the crap off the boards.” “So your mother won’t really die without Beer?” “No but I’m pretty sure she hates me if that helps?” “So how old are you again?” “Umm eighteen years and thirteen months.” “Did someone really shit on their boards?” “yes” “That’s fucked up. Ok I’ll sell you the beer. Do you want to buy some pot?” “Pot? You can sell me pot but beer is a problem?” “Pot is illegal for everyone so it’s no a problem. How much?” We quickly complete our business and I walked down the hill with a six pack and a baggie of weed. When I got back to the car and showed them the beer and weed Scott and Steve seemed to almost have forgiven me for everything. The crap had been scraped off the boards and Steve broke out the bong. There was still a little liquid in the bottom of the bong. Scott proceeded to fill it with water and I contemplated telling them that I had forgotten to clean it out like Scott had strenuously told me the night before. But at this point I wasn’t going to rock the boat. They were finally not mad at me and I figured it was only a little pee. Scott took a big hit and coughed it out I watched him critically. “Umm how is it?” “Taste a bit funny but better than nothing. He handed it to me and I passed it on to Steve. “umm I think I’ll wait a bit.” Scott laughed “pussy.”
Soon we were all surfing and life was good. But there was still the return trip to be made. I tried not to think about that.