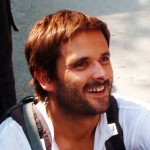 Thomas is the founder of GaySurfers.net, the first online community for surfers who happen to be gay. For the last 15 years, Thomas has been traveling between France (where he was born) and Sydney (where he lives), and surfing in most places in between.
Thomas was hoping to find a website where gay surfers could meet, speak, and exchange ideas. He searched online for years, but never found one. So in February 2010, while riding a wave of optimism, he decided to build it himself. info@gaysurfers.net 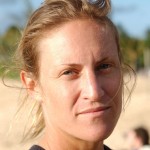 Cori grew up surfing North San Diego County, California, and she is still to be found here today. She shortboards and longboards, but mostly loves logging because it’s more akin to dancing. She has been competing since the age of 8 and so has had the opportunity to see the pro surfing world behind the scenes as well as garnering some competitive titles, namely 3 World Longboard Championships, 2 ASP North American Regional Championships, an ASP women’s longboard championship at Pipeline and multiple amateur shortboard titles. She supports GaySurfers.net because she feels that it is within community that one finds the courage and ability to move mountains (that is, to change minds) and that ultimately, with shared passion, boundaries and fears dissolve. The ocean knows no gender, no sexuality, no color, no creed, no nationality, no politics… this is where we are all treated the same by something so much larger, greater and more powerful than ourselves.cori@gaysurfers.net 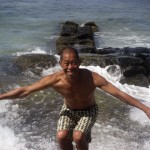 Jonathan went native in California. Originally from the jungles of New York, he grew up bodysurfing summers and skiing winters. While still passionate about those, he’s highly seduced by visuality. “Though surfing is a limbic tonic like those other sports, nothing compares to the visual beauty seen by pressing both your eyeballs, and the balls of your feet against a sliding longboard, over the undulating surface membrane of a warm, living, pulsing, transparent, jade monster, all while your skin’s slipping through salty viscous air, and wave upon wave, at will — well that’s the ultimate male multiple orgasm!”. Having lived in Los Angeles for many years, and San Francisco too, San Diego is now home by a dozen years. It’s got better weather, great surf, less people, and you can grow most anything, which he does with the landscaping of his home. In that corner of mainland America, an open ocean and chlorine junkie can swim outdoors year-round. Jonathan is a designer specializing in brand identity development, publications and museum exhibitions. Seeing the call for entries for a t-shirt design, whose sale helps defray the personal cost to founder Thomas C. Green, to build and maintain this free community website, Jonathan inadvertently began the development of the graphic identity we experience now as GaySurfers.net. “Hey, if you connected to surfbuds here on this site, or if you know now how not to drop-in on someone because you learned wave etiquette (nothing to do with your pinkie finger-altitude lads), by a mentoring saltwater bro here, then you should go buy one of those expensive t-shirts from this site. It’s a lot cheaper than respectively paying, either the therapy you’d need if you had go back to that isolated little tidepool you once called surfing, or the hospital tab that SUP gorilla gave you as a result of not so delicately skalping you with the blade of his paddle. It’s good karma too mates.” jonathan@gaysurfers.net 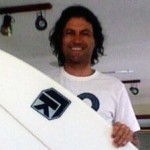 David lives in Byron Bay, surfs every day and loves making surf videos with friends. His profession is in Education, teaching English and Music. Being involved with GaySurfers.net was a ground breaking decision for him as this is the first time he’s felt comfortable being associated with a project which identifies as gay. The reason? ‘As a surfer, GaySurfers.net is relevant to me and I support its objectives “to be an informative and interactive site where gay men and women can gather, share their passion for surfing and plan surf trips” and “improve public awareness”. By offering the global surf community a broader understanding of surfers who happen to be gay, we work toward strengthening the relationship between gay and straight communities.’ 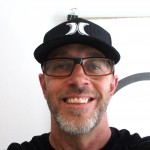 Michael grew up in Mooloolaba on Queensland’s Sunshine Coast , surfing Pt Cartwright and Kawana beachies with the occasional trips up to Noosa whenever possible.With a degree in architecture and a move to Sydney, Michael has been working in the Australian film industry for the last 20 yrs.
Based in Sydneys’ eastern suburbs Michael mainly surfs at the City Beaches and and as a group admin, supports Gaysurfers.net’s objectives – specifically working to reduce the isolation that gay surfers may be experiencing. 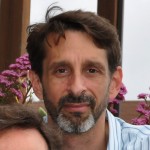 Joel started surfing about a year ago, a late bloomer sticking to a longboard until something like competence emerges, and paddles out 4-5 times per week. A Midwesterner by upbringing and a Californian by choice, he also hikes, gardens with his partner, and is teaching himself piano on swell-free days. Joel is a spacecraft engineer working on planetary exploration, with a great set of surfing buddies from work that got him started on this adventure. He is grateful to Thomas and this site for the opportunity to expand the circle. 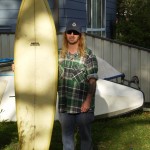 37 year old male who resides on the South Coast of NSW, near Jervis Bay. First started surfing at the age of 10 and never looked back. Entered competitions at 14 for 2 years before dropping out due to loss of enthusiasm (Best mates on the beach became worst enemies in the water). Loves restoring and surfing the old boards and makes the odd board under the name K9 DEZIGNS. Collection ranges from late 50’s to present day (52 at last count). Just a hippy souly and loving it. 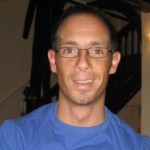 Simon works as a Personal Trainer in North Devon and is based in Bideford. He moved down from Bristol to be closer to the sea. “I seem to remember a friend saying to me you cant be a real surfer if you don’t live next to the sea”, so he moved!
GS was just what I was looking for. A place for real surfers to get together and meet share their thoughts on everything from board design to great surf spots all round the world. But its more than that it shows other gay surfers that they are not alone take a look at the world map on the site and you will realise that you are one of many and thats so exciting and re assuring. 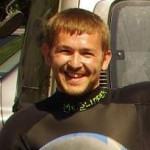 Daniel is a self-employed electronics designer/technician raised on Vancouver Island, BC, Canada. His passions include music (playing the piano) and cars (Jaguar restoration). Currently residing in Victoria he wants to try getting more friends together for surf trips to Tofino and nearby areas.
“I’ve always felt the need to live near the ocean side but took until 2011 to try surfing. I can only say I wish I started younger as I’m hooked. I’m very happy to have found GS and I think us gay surfers need a way to find each other and make new friends around the world. I’m thrilled I can be a part of this!” 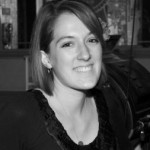 Christine is a New Hampshire native now living in Boston, MA. She co-operates www.cetosurf.com, a networking and meetup website for women surfers and women who love the ocean. She’s been surfing for about 10 years, mostly on the east coast. However, her favorite surf spot is in South Africa. She currently works in education and mental health, but dreams of traveling the world to teach kids who have special needs how to surf. Christine is also a visual artist in Boston and majored in Art Therapy at Lesley University. She’s interested in surfing, SUP, ocean conservation, gay rights, gay surfers, art, music, poetry, outreach, education and teaching, and hitting the waves with new friends…followed by drinks! 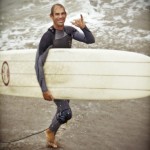 Bill Farrington, AKA Cowboy, is a ranch raised guy that spends time working on his families ranch in Carmel Valley CA and surfing the Pleasure Point area of Santa Cruz where he now lives. Bill longboards and is out in the lineup pretty much every day.
“My friend suggested GS to me and I joined it immediately. I have quite a few friends in Santa Cruz that are gay and surf, we have developed a small surfing community. Santa Cruz is a small town in close proximity to a large urban population and I know there are a lot of surfers who feel kind of isolated, I hope they find us very soon!” 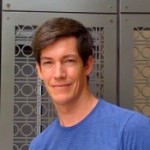 Steven has been surfing Florida waves for over 20 years. He mostly shortboards, but when conditions call for it, the LB or SUP get pulled out. Like many of you, Steven felt as though he was the only gay surfer out there. He’s stoked to see their are others (lots), and can’t wait to share some good waves and make some lasting memories and friendships with the help from this site. 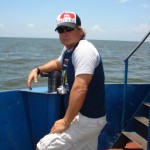 I caught my first wave in 1980 and felt an immediate connection. Surfing is the most important part of my life, and I can’t imagine where I would be without it. It keeps me healthy, takes me on exciting adventures, introduces me to new friends, allows me to open my mind to new cultures, encourages me to learn new languages, and it’s a helluva lot of fun!
I am incredibly blessed. I love life and all that it has to offer. I ground my life on the belief that I do not need the reward of a heaven or the threat of a hell to be a good person. I could never embrace any doctrine that preaches to me that I am not worthy of this life because I am gay. I consider it an honor and a privilege, and I am happy that it has played a major role in making me the man that I am today.

I’ve been surfing the islands of the Philippines since college (almost 10 years) with my straight friends (most of them are girls)… and I do really love them especially my guy friends because as the only gay surfer from our circle of friends or maybe the only gay surfer here in the Philippines, they treated me and loved me like their sweetest brother (all with respect, trust, and love).

I grew up in the city of Manila, Philippines but as a weekend warrior, I’m always driving myself away from the city and looking for waves on the Northern and Southern part of the Philippines… sometimes I do it all alone.

But seriously, my dream is to be a playwright, a music composer, a drummer, a writer, an artist, or to be a Theater actor. Unfortunately, my career went in a wrong direction. I’m now a Technical Marketing Manager in an IT company for 8 years (still trying to tag, get along, and like this job)… but I really want to show the world my creativity in music and art.

That’s why I’m so happy that I found GS, and tell the whole world that ‘hey, I’m not alone’! And most of all “I’m happy!” because now, GS helped me to reach my dream… and to reach my dream is just to be happy… and my happiness belongs to surfing and the people around me who loved me and accepted for who I am.

I will continue surfing and enjoy life… one wave at a time.