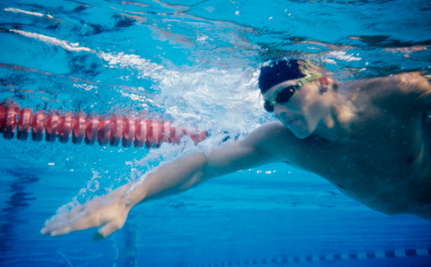 A new study from Australia suggests there are high levels of homophobia across Australia’s sporting world, and it reveals an interesting fact: homophobia doesn’t just affect LGB players, either.

The study, called “Out on the Fields,” is the first national data analysis of its kind, aimed to catch a glimpse at whether the sporting world in Australia is homophobic and how bad that problem might be. The research, conducted via survey, was conceived by organizers of the Bingham Cup, a gay rugby tournament which will be held this year in Sydney, working alongside other gay sporting bodies and a number of leading sporting researchers from universities across the world including a couple from the United States.

Taking responses from 2,500 Australians from across professional and amateur sports and with equal numbers identifying gay/bisexual and heterosexual, the survey asked respondents questions like whether they had ever faced homophobia and what form it had taken.

The research is ongoing, and in fact has now become a global survey, but early results show that homophobia in Australian sports is undeniably high. The survey found that about 85 percent of self-identifying gay and bisexual athletes had either seen instances of homophobia or been a target for that behavior. Interestingly among self-identifying heterosexuals, the figure wasn’t that much lower, at 75 percent.

While men were more likely to suffer homophobia than women, around 13 percent of the gay or bisexual-identifying sample reported suffering physical assaults. In total, about half of the LGB people surveyed said they’d experienced homophobia, and so had one out of every four heterosexual men who answered the survey.

Getting into specifics, around 64 percent of LGB players said they were far more likely to hear anti-LGB slurs like “fag” or “dyke” than when outside of a sporting setting. In addition, casual comments like “that’s so gay” could be heard quite frequently. This speaks to the issue of “gay” being used to mean “weak,” an issue that isn’t just a problem in sports but in schools, too.

That said, this research is interesting on a number of levels. We have to ask whether this is a particular problem in Australian sports which, until very recently, hadn’t done much in the way of tackling anti-LGB sentiment on the field. There are now a number of initiatives, which we’ll talk more about below but it’s worth highlighting how swimmer Ian Thorpe, who came out last Sunday, felt about the climate in Australia when he was considering coming out.

He told interviewer Michael Parkinson that, along with a number of other factors, “Part of me didn’t know if Australia wanted its champion to be gay.”

Bingham Cup ambassador Alex Blackwell, who is among the handful of openly out-LGB sporting stars in Australia, is quoted as saying that Australian sporting authorities do have some work to do but thankfully they have now made a commitment to change: “Whether you are playing elite or amateur homophobia is something we have all experienced at some point. The results of this study show that we still have a fair bit of work to do around changing sporting culture in Australia and making it a safe place for people to be open about their sexuality. Thankfully Australia’s major sports have started working together to achieve this goal and my sense is the general public is also much more aware now of the need for change.”

It’s undeniable that Australia’s sporting world has been slow to tackle this issue and that the high levels of homophobia are concerning. Yet, I think we’d be kidding ourselves if we didn’t acknowledge that this is a problem throughout most top-flight sports in the US and Europe, too.

In this past year we have had a number of gay sporting stars come out but the taboo in many sports, particularly in football and soccer, still holds strong and even with out sportspeople like Michael Sam and Jason Collins, Brittney Griner and Megan Rapinoe, to name but a few, we still have a number of sports commentators who are ready to manufacture hostility towards LGB sportstars, as happened in Sam’s case, and a number of sports managers who are telling players to stay in the closet if they want long careers.

What I think is most interesting about this study though is that it exposes an often overlooked facet of how homophobia impacts people, not just in the sporting world but in the school yard and in the employment sector too. Homophobia doesn’t just affect LGBs, but can also make life a misery for heterosexuals because it creates a climate that is repressive, even violent. That atmosphere goes against team cohesion and will probably undermine efforts for peak performance.

So every time someone involved in sports worries whether a gay or lesbian teammate might be detrimental to the team, I think it’s worth pointing out how homophobia doesn’t just impact LGB sportspeople but serves to alienate and denigrate plenty of heterosexuals, too. Through this prism, it’s really about whether teams can afford not to tackle homophobia–that is, if they want to be the best in their sport.

Fortunately, a number of campaigns have been set up to try to tackle this issue, including the You Can Play Project in which many sports stars, gay and straight, are trying to push for more action on homophobia and to get the message across that, no matter your sexual orientation, you should be able to succeed in sports.

Here’s a great example of one of those videos: